How to Install A Dual Battery System In a Vehicle 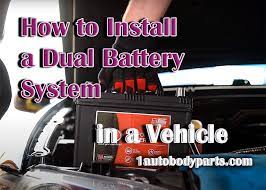 Say, you’re the proud owner of a big, strong, and capable vehicle, like a Ford Super Duty, and mostly use it for industrial work. I bet that truck requires a lot of power to fire up the tools for the job. Or, maybe you like to camp out in the wilderness and need a reliable source to run safety lights, a portable cooler, and some other stuff. But how do you do that, exactly?

Well, that’s why they’ve invented the dual-battery system! With it, you won’t ever have to worry about running out of power, no matter how demanding the equipment/accessories might be. Now, in this guide, we’ll talk about the very concept of a dual-battery setup, discuss its pros and cons, and, of course, learn how to install it properly with a basic set of tools.

How Does This System Work?

So, to clarify, a dual-battery setup is when you install an extra, or, rather, secondary battery to aid the factory unit. Mostly, the new battery powers up external tools, gear, and accessories, while the stock battery feeds the car’s built-in systems. The best thing about the dual configuration – both batteries run as isolated systems. What that means is when the engine is hot and running, the factory battery powers it up.

However, when you switch off the motor, the secondary battery doesn’t follow its lead and turn itself on. Instead, it keeps supplying the third-party gear. That way, you won’t have to keep the engine on to be able to use the lights, power-hungry tools, fridges, and other accessories. As I mentioned earlier, when camping out, the dual-battery system proves to be super effective and useful.

More Power and Peace of Mind

This is all possible thanks to the isolator that can disconnect the two batteries from each other – they don’t work simultaneously. So, even when you completely drain the auxiliary battery, the factory unit will stay intact and will be able to start the engine. Now, some dual systems do allow the driver to run both units at the same time. This is a crucial feature when you accidentally “desolate” the main battery: the “little brother” will help it to fire up the vehicle.

I highly recommend buying a deep-cycle battery as your auxiliary unit. That’s because these batteries are specifically designed and built to be constantly charged and discharged, and that doesn’t affect their lifespan in any way. Therefore, draining it won’t damage it in the long run.

The Pros and Cons of Dual-Battery Setup

Alright, we just learned what the dual-battery system is all about and what it can bring to the table. With that out of the way, let’s take a quick look at the biggest advantages and disadvantages of this setup.

So, are you ready to get right to it and add a secondary battery to your vehicle’s factory system? If the answer is yes, let us begin! The most important thing here is to be patient, follow the instructions closely, and don’t rush yourself. And the first thing to do would be to mount the auxiliary battery to the rig. Find the right mounting position for it in the vehicle’s engine bay. Secondly, make sure you’ve got enough wires to power it up.

Once that’s out of the way, go ahead and turn the main battery off, or, rather, disconnect the negative terminal. Now, this setup won’t work without a VSR (that stands for Voltage Sensitive Relay). Essentially, it is a device that can control both batteries and maximize their potential. It’s critical for the VSR to be placed as close to the starter battery as possible. Also, make sure it is easily accessible and you can move it around if needed and remove it quickly.

On top of that, keep the relay away from any hot metallic parts to avoid issues with the performance. You’ll get a mounting plate with the VSR. So, drill four holes for it using a regular drill and secure it with a set of short screws. Test the VSR by hand: it should be secured tightly so that the ups and downs on the road don’t make it shake.

Ok, now strip some of the insulation away on both ends (15-20 millimeters should be enough). Crimp them with the crimping tool, put a lug on top, cover it with a heat shrink, and heat the whole thing with a heat gun. That way, you’ll achieve a water- and dust-proof seal.

Grounding the VSR and Completing the Installation 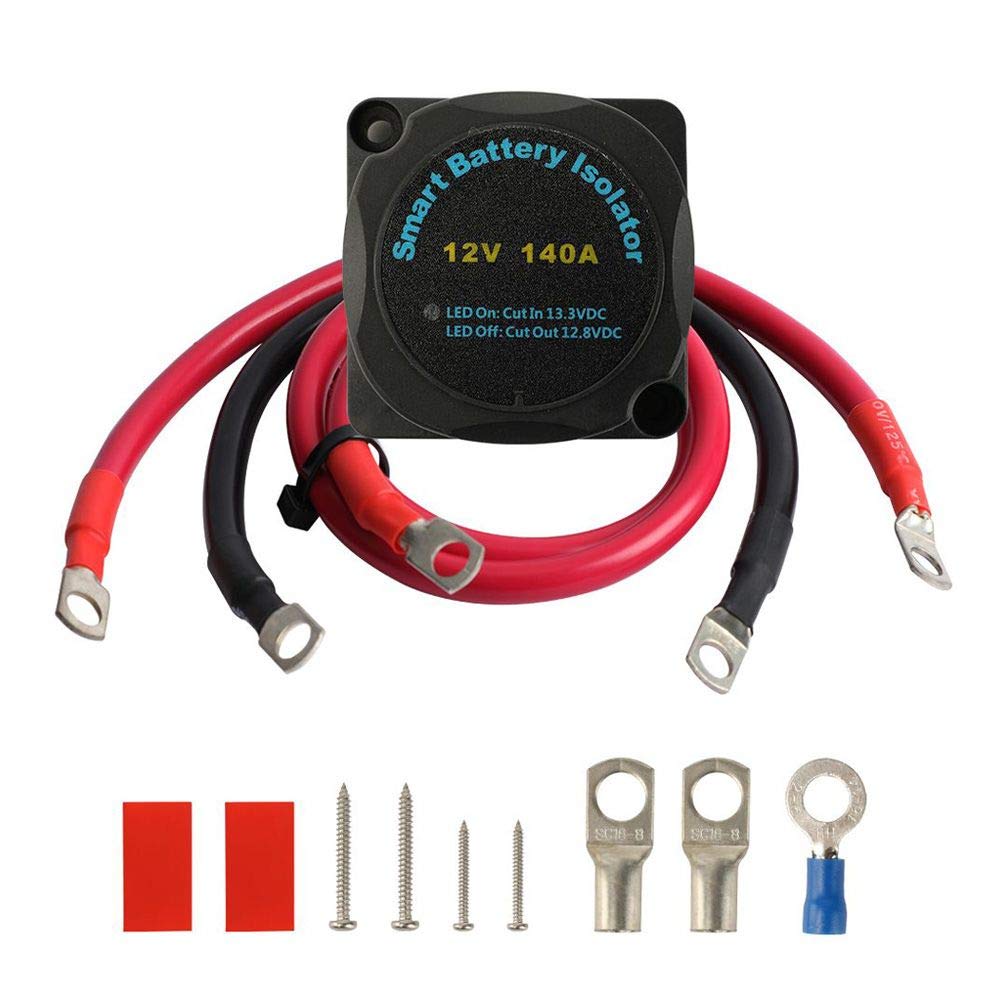 The VSR needs to be grounded, of course, so, use the black wire to earth it. I always secure this wire using a bolt to ensure it won’t loosen when driving through challenging terrain. With that out of the way, connect the VSR to the starter battery (you should see a red dot on the VSR – that’s where the battery’s cable connects to).

For the system to run flawlessly, run the positive cable from the auxiliary battery as well and connect it to the other “dot” on the voltage-sensitive relay. Oh, and don’t forget to ground the secondary battery. For this, use the black earth cable and secure it properly. And now that both wires are successfully attached, go ahead and secure the VSR to the mounting plate we installed earlier. A pair of screws should do the trick.

Secure the negative terminals on both batteries. Last, but not least, use zip ties to tidy up the cables. If you skip this part, the engine bay will soon turn into a mess. That is pretty much it! All that’s left to do is start the vehicle and test-run your new double-battery system. Before that, the experts recommend checking it with a voltmeter.

So, there you have it – my guide in the world of dual-battery systems. When a regular car battery isn’t enough, a dual system can be the solution that you’ve been looking for. It won’t be cheap, and you might have to spend a considerable amount of time and energy on the installation. Plus, the list of tools needed for the job is rather long and does require sleight of hands.

However, once you get everything working, you’ll instantly see that it was all worth it. For industrial work, construction, and, most importantly, long camping and off-roading trips, this setup is pretty much priceless. It will be able to handle a wide range of tasks and the vehicle will never be at risk of losing power and getting stranded in the middle of nowhere.