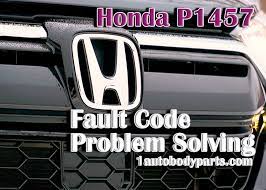 Honda is one of the most trusted and respected automobile manufacturers out there. And the Civic, Accord, and CR-V are among the best-selling nameplates of all time. However, they’re not perfect, and do break down every once in a while. Today, our focus will be on the P1457 fault code. You’ll see it with the “Check Engine” light on the dashboard, signaling that there’s an issue that needs fixing.

But what is this problem all about? What causes it and what can you do to make it go away? I’ve got all the answers right here! Once we learn more about this fault code, we’ll move on to my detailed, step-by-step guide on how to fix it. There is a quick, simple, and user-friendly solution that can be applied to pretty much all Honda cars.

The Root of the Problem

So, the big question is – what does this fault code actually mean, and why you should care? About 95% of the time, P1457 indicates that there’s something wrong with the EVAP. It’s the evaporative emissions control system, by the way. And when you see the Check Engine light with this code, most likely, you’ve got a malfunctioning charcoal canister or vent valve. As the name suggests, the canister is filled with charcoal, and it absorbs the fumes.

It prevents the vapors from escaping into the air and causing pollution. As for the valve, if it’s cracked, worn-out, or loose, the toxic fumes will, again, be released into the air instead of flowing back into the combustion chamber. In other cases, it gets stuck. This happens when it gets rusty, or when there’s a leak. A quick note: the EVAP system always runs regular checks. And, it activates the CEL (Check Engine Light) when it fails its own test.

Now, if you neglect the P1457 code and keep on driving, you’ll end up with a long list of side effects. I’m talking about poor fuel efficiency, clanking sounds coming from the engine bay, and a funky smell in the cabin. A high emissions rate and poor overall performance can also be the consequences of a faulty charcoal canister/vent valve. The good news is – the engine won’t be damaged by this.

On the downside, you can’t just remove the canister and solve this problem that way. The reason – it’s illegal to drive around without a complete EVAP system. The penalty can be pretty steep, depending on your area. Most American states have pretty strict emission laws.

What’s It Gonna Cost You? 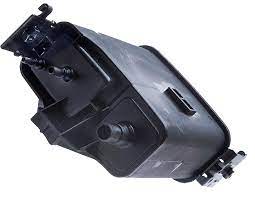 So, the best way to fix this issue is to replace both the canister and the valve vent. You could, of course, try to seal the canister (if there’s a leak) or try reinstalling the vent, but, again, complete replacement is the way to go here. Now, it is very well possible to get a new vent for 30-40 US dollars, and it will be a perfect fit. For a brand-new canister, you’ll have to pay a bit more ($70-100).

Auto shops, in turn, usually charge 50-70% of the part’s original value. That means a new valve and canister, along with the mechanic’s labor will cost you 250+ US dollars, which is pretty steep. And that’s exactly why I encourage you to replace the faulty EVAP components manually! Don’t worry: the whole process will take less than an hour, even if this is your first replacement routine.

Replacing the Canister and the Vent

Alright, now that we know what we’re dealing with, and what kind of consequences to expect, we can go ahead and replace the malfunctioning parts. As always, put on a pair of gloves to protect your hands from rust, grease, and physical damage. Eye goggles would also be great, but they’re not mandatory. If it’s dark outside, don’t forget to grab your favorite flashlight so that you can see what’s going on underneath the car. 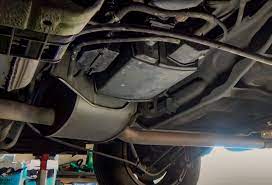 First things first, use a jack to lift the rear end of your Honda vehicle. Next, place a set of jack stands to support the car’s weight. Make sure you’re parked on an even, smooth surface. Otherwise, the stands might slip and cause an injury. Once you’re confident that the stands are holding the Honda steadily, slide under your four-wheeled friend and find the charcoal canister.

The shut-off vent valve will be right there on top of it. A quick note: on some vehicles, like the CR-V crossover SUV, the valve will probably be covered. Yes, you’ll see a thin metallic shield, secured by a pair of bolts. Use a 13mm ratchet and socket to remove them. Now, if you’ve been driving with the same EVAP canister for a long time, I bet the bolts will be a bit rusty and won’t “give up” easily.

For that, I recommend using some penetrating lube/liquid on all the bolts and nuts. Give it at least an hour or two to set in and do its thing.

Next, we’ve got a connector to unplug and a couple of clamps to remove. The clamps will be holding the hoses in place. So, remove them and free the hoses from the canister. Last, but not least, the valve is secured to the charcoal canister with one single bolt. All that’s left to do is unscrew it. There’s a catch, though: as mentioned, over time, most bolts underneath the Honda get rusty, especially if you do a lot of off-roading.

Lubrication will definitely help loosen them up a bit. Still, you might want to use pliers to handle the corroded bolts. Oh, and keep in mind that unless you’re super careful, the bolts/screws may break, causing you a headache. Now, with both the canister and the vent valve removed, you can go ahead and install the new gear/equipment.

Just do everything in reverse, and don’t forget to connect the hoses properly and make sure the vent is nice and tight. Otherwise, you’ll let the fumes escape into the atmosphere. If you did everything right, but the P1457 fault code keeps popping up, run a standard smoke test. No leaks detected by the system? Then the issue is with the wiring or the engine control module (ECM).

Well, that concludes my review! We went over the most common causes, symptoms, and, of course, learned how to solve the P1457 fault code manually, with no visits to mechanics or auto shops. A faulty EVAP canister can cause you a lot of trouble on the road, especially if you leave this issue unattended for long. So, to avoid unwanted consequences like a bad smell, strange sounds, and hefty repair checks, you gotta fix this ASAP.

I’m confident that this guide will be of great help even if you’re a pro and know your way around cars. And if you’re an amateur driver, use these detailed instructions to get everything right the first time around. There’s actually nothing hard about the P1457 fault code issue! Stay safe, and take care of your Honda!